A Story of Realtime Court Reporting, Anxiety, and the Power of Saying Yes 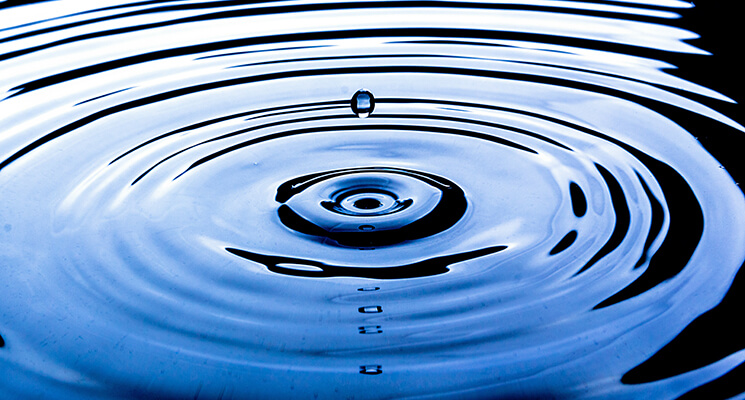 Anxiety is sometimes described as a feeling of drowning. Gasping for air, worrying if the next breath will come, consumed with the most basic functions of being a human. “Come on lungs, you can do this. Breathe in, breathe out.”

The year was 1996. It was my first realtime deposition. How did I get here?

“The impeded stream is the one that sings”
~ Wendell Berry

A lifetime ago, when we first began hearing meaningful discussions about realtime reporting becoming a way of life in our little corner of the world, I was so terrified I remember telling my reporting friends, “Well, I’m not doing that. If that ever happens, I’ll just quit and do something else.”

In the spring of 1996, my best client had a large case coming up. He’d just finished a case out of state and said, “Those reporters did that realtime thing where the words came up on the screen. I want that for this case. Can you do it?”

Uhhhhhh…I took a deep breath and told him the technology was available but still very new (there was only one realtime reporter in our entire state), that I hadn’t actually done it, but that I’d give it a try. I then proceeded to have a nervous breakdown. What on earth was I going to do? When speaking with him I thought I’d walked the tightrope pretty well as far as setting the expectations bar pretty low but still presenting myself as someone who was willing to give it the old college try and do my very best.

I had a month or so to prepare, to learn how to use the hardware, how to hook up, work out the kinks. Keep in mind I was still using an outdated (even at that time it was outdated) DOS operating system, an old OZPC. There was no auto-translation for misstroked words, so when I misstroked the attorneys were going to see nothing but raw steno gobbledygook.

I camped out for a full day in their conference room with several files and exhibits and wrote down every possible proper name and term of art I could find in order to create a job dictionary.

I had begun reporting in 1978, and I was taught to write nearly everything out. Even though I’d been reporting for 18 years at this point, I was still writing the same way I’d been taught. When writing colloquy, I was still double stroking the first syllable of the attorney’s last name. I soon learned this flaw would nearly be my undoing as the realtime job began. And for some reason, I hadn’t adopted the idea of “briefing on the fly”. It never occurred to me that I could write ‘biomolecular engineering’ in one stroke that I’d made up. I just pounded it out EVERY SINGLE TIME. I just got faster at writing it every single time.

So Day One had finally arrived. I was so nervous I hadn’t slept a wink the night before. I got to the job extra early, set up my equipment, and one by one the attorneys began trickling in. All eighteen of them. I began the process of taking names and mentally matching a face with a name, creating a seating chart, writing in big block letters the first syllable of all their last names so every time they objected I could stroke it all out. It wasn’t until many years later that I discovered in mass tort litigation the whole “objection for one is an objection for all” principle, so instead of writing fifteen attorneys saying “Objection to the form” in all its iterations, you could just write “DEFENSE COUNSEL:  Objection to the form.”

The first round of depos went on for two full weeks, all day, every day. There were hundreds of exhibits to keep track of. I was so tense I thought my neck was going to snap and my head roll off my shoulders if I so much as turned my head. But, I survived.

The Ripple Effects of Saying Yes

Now having over twenty years of realtime experience under my belt, I have learned that attorneys have realistic expectations about realtime. They don’t expect perfection.

I could go on and on about how difficult this first realtime job was, but believe it or not, it does have a happy ending. The ripple effects of saying yes to something terrifying has brought about so many benefits:

Looking back, I was thrust into an opportunity I hadn’t seen on the radar. I was sailing along on the calm sea. When the call came, lightning flashed in the distance, and suddenly I was gearing up for what I imagined would feel like a full-blown hurricane.

But this isn’t a story of mere survival. It’s a chance to showcase that any court reporter, even those reluctant, can not only survive the flood (of emotions, of fear, of anxiety) but actually come out better for it once reaching dry land. Saying “yes” to one thing in my life has led to many interesting and rewarding experiences. The financial rewards are but a small part of what has made it a worthwhile journey.

In another article, we discuss Deposition Tools of the Trade for Attorneys from Court Reporters.

Ellen Coulter is a Registered Professional Reporter and realtime court reporter and owner of Coulter Reporting, LLC, based in Louisville, Kentucky.